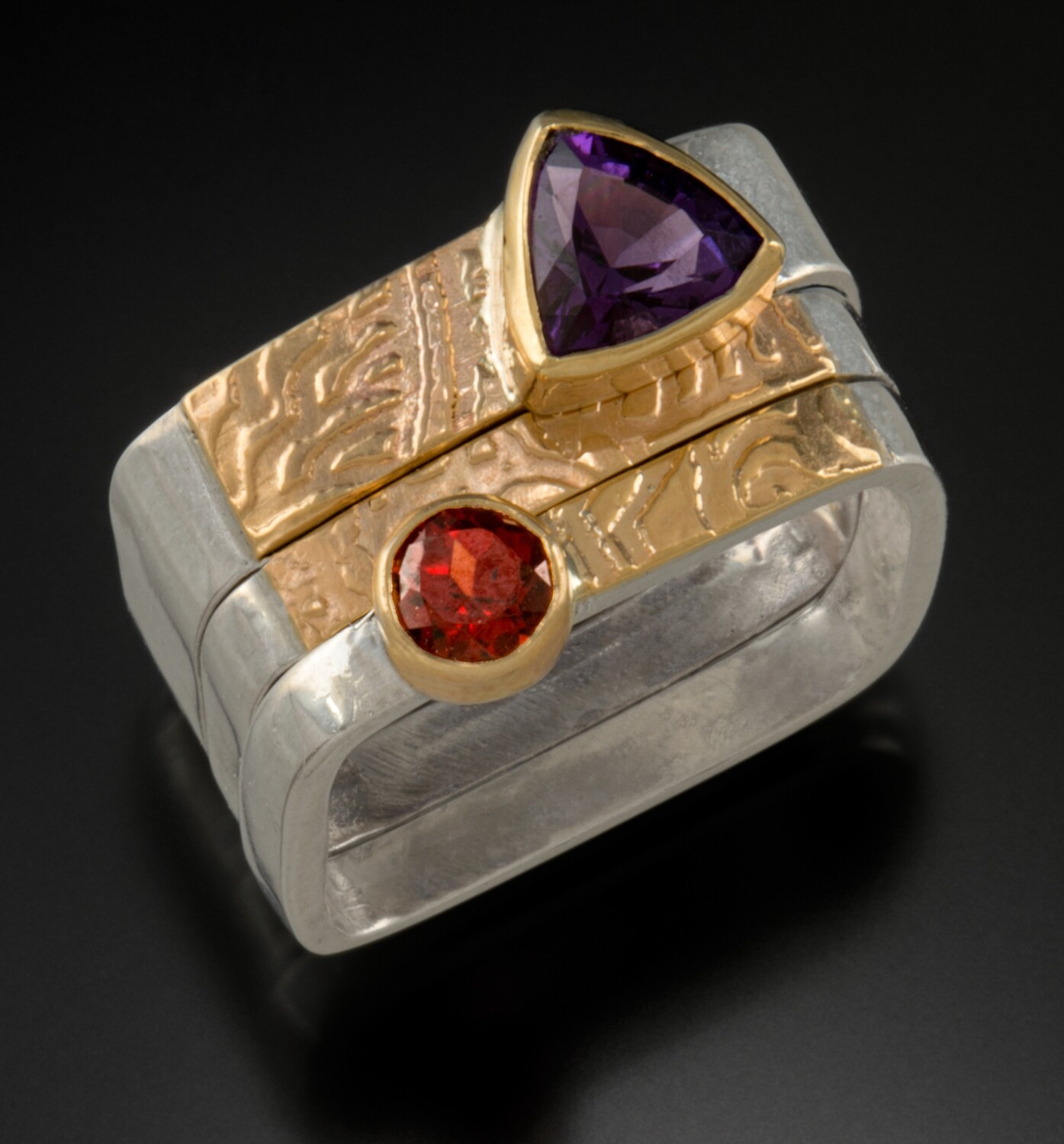 This is a group of three stackable rings- all square and trimmed with patterned 14k gold.

Save this product for later
Display prices in: USD